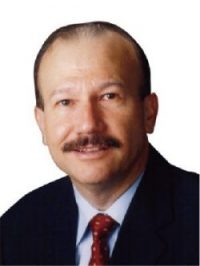 Mario Herrera is one of the World’s best-known ELT authors for young learners. He has a B.A. in Education and an M.A. in Teaching English as a Foreign Language. He specializes in teaching English to young learners. He has authored or co-authored several bestselling ELT programs worldwide, including Balloons, Pockets and Big Fun for pre-school; Parade, Backpack, and Big English and Big English Plus for primary school; and Big Teens for secondary schools. Mr. Herrera has been involved in teacher training for more than 30 years, and travels around the world on behalf of Pearson, directing seminars and workshops, which are highly regarded and well known for their level of participant involvement. He is the recipient of several academic awards.

Before CLIL (Content and Language Integrated Learning) became a pillar of an updated ELT process, teaching was more difficult and less successful because we had to hang on to one-dimensional skills such a grammar, vocabulary and conversation practice to build enough exposure and mastery. Simply put there weren’t enough essential elements in the process to keep students engaged and acquiring ways of communicating with authentic, useful language. Then we incorporated both academic and cultural CLIL, and the issue became how to integrate those formative and informative lessons into real abilities, so students could face 21st Century Skills challenges and their requirement to use English in meaningful, fun ways. This session is about how to achieve that!